They say everyone has got a core personality but as humans those some core personalities are meant to modified due to the environment we find ourselves. The environment tend o determine the kind of personality you display so you don’t get public complaints. Now being a constant critic is one of those personalities that should never part of you in your relationship with people. A constant critic will always look for loop holes even if there is nothing wrong. A person like that tend to complain at everything people do but never see anything wrong in what he/she does. Now we’ll be looking at the effects, how it affects people around you and how to pit an end to it.

THE EFFECTS
As much constant criticism has negative effects it has also got some positives. Now when you keep criticizing whatever someone does it sends a signal to that person that there could be a problem actually and restrain from doing those things that will cause one to question his/her doings. Repetition lays emphasis and that makes one realize his or her wrongs. Like they say ‘if everyone sees no fault in you then check yourself’ now that’s just for the positives. Where that becomes a problem is when the criticism becomes a tradition then you become annoying to people. Now that’s a major effect of being a critic. It affects your relationship or interaction with people around you.

Now people start to complain about you always being on their case. You become a pain disturbing. Now because you always attack what people do people begin to avoid confrontations with you so they don’t get constantly reminded of how wrong they are or how well they should do things or how you want them to do things. There are no perfect men but a critic sees himself as perfect. He’s never wrong and people are always wrong. When you do that your relationship with people become really awkward in the sense that people always look for a hide out when you’re around. You become a lion chasing an antelope who is on the run for his life.

HOW DO I REACT TO A CRITIC?
As much as avoidance is the best way out you could also bring him/her to realization to what he/she is doing. Sometimes the person may not even know he’s being a critic. Now by the time you open up to the person and drop your thoughts about his/she character. The person reasons and tends to adjust a little.

HOW DO I STOP BEING A CRITIC?
Switch to a more flexible style of relationship with people based on your environment. Constant criticism is also the cause of many break ups in our world today. People don’t like critics so stop being a pain in the ass! 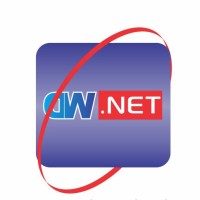