The fall is upon us and with it, comes a cascade of mind-blowing and scintillating movies to savour. An amazing collection of Hollywood’s biggest movie stars align bringing fans the best of action, thriller, drama, comedy and animation pictures on the big screen. It doesn’t get any better than September!

Jack Black, Jennifer Garner, Kevin Hart, Kristen Stewart, Omari Hardwick, Anna Kendrick, Meegan Good, Tiffany Haddish, Channing Tatum and Zendaya Coleman all converge this fall and it sure does promises to be one hell of a month. In no particular order, the top ten movies this September;

Movie tells the tale of a vlogger and mother in Stephanie [Anna Kendrick] and her quest to unravel the mystery behind the strange evanesce of her best friend Emily [Blake Lively] even in such a small town.

Director Paul Feig is behind the scenes for this suspense filled drama.

You can check it out at the cinemas from September 14th, 2018. SHOWING AT MARTURION CINEMAS

Director Corin Hardy is on this sheer horror. He tells the story of a young nun who takes her own life at a Romanian monastery and resurfaces as a malignant demonic force roaming and taunting lives.

The Vatican sends a priest and a neophyte to uncloak the order’s evil secret even with their lives on the line as they must battle this virulent evil nun.

One for the horror fans to cheer no doubt in what would be a spin–off of the horror film in 2016 “The Conjuring 2.” Release date is September 7th, 2018. Also SHOWING AT MARTURION CINEMAS

THE HOUSE WITH A CLOCK IN ITS WALLS

Eli Roth is behind this amazing adventure and mystery. Little Lewis goes to live in his uncle’s rather archaic and creepy house which has a strange quivering and thudding clock sound.

But everything goes sour when he incidentally invites the revival of the town’s mythical sorcerers, witches and warlocks with dark sinister magic.

An amazing comedy from director Malcom D. Lee who also directed “Girls Trip.” This one’s got arguably the funniest man on the planet Kevin Hart on it as well as my personal favorite Tiffany Haddish.

In a bid to pass their GED exams, a group of wags are compelled to take adult classes in what erupts into a classic blend of humour and drama between teacher and a bunch of misfits. 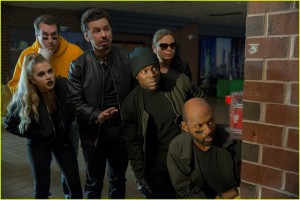 Movie also stars Keith David and a host of other amazing casts. Personally, I am itching to have a good laugh on this one at the cinemas. Premieres on September 28th, 2018. SHOWING AT MARTURION CINEMAS

The director duo of Kerey Kirkpatrik and Jason Reisig have got animation lovers gearing for this big one this fall. In a furor to discover what else is beyond the Yeti snowy community after the advent of the famous “Smallfoot” who would go on to find love in this snowy village.

Jennifer Garner is in action as she stars in this amazing thriller as Riley North a young woman seeks justice for the murder of her husband and daughter.

Riled by the culpable justice system, Riley sets out on a spiteful vendetta to bring her family’s killers to her own gruesome model of justice. 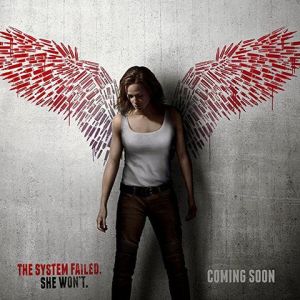 A classic revenge action by the delectable Jennifer Garner and it’s got everyone talking. Catch at the cinemas from September the 7th, 2018. SHOWING AT MARTURION CINEMAS

Power’s Omari Hardwick is back as a club business man but this time, a promoter who is blown away when he meets Friday [Meehan Good] on the night of the 2016 U.S presidential elections.

Cass [Omari Hardwick] finds a new motivation I’m Friday and together they push each other to chase their dire dreams.

Not everyday do you get to see Omari and Meegan on-screen romance. Roll up your sleeves because this one’s filled with love, drama, intrigue and sheer romance. Catch it at the cinemas from September the 14th, 2018. Other casts include Jay Ellis, Wesley Jonathan and Dijon Talton.

The fourth instalment of “The Predator” franchise have created a lot of buzz among fans as director Shane Black seeks to make this one even bigger.

The fate of the entire human race rests on the shoulders of a raggle–taggle of pseudo soldiers and an estranged science teacher to stop an inhumane invasion of the dreaded lethal hunters out of space on the streets of Suburbia.

It promises to be really fascinating as movie stars Olivia Munn, Boyd Holbrook and Keegan–Michael Key. Release date for the film is September 14th, 2018. SHOWING AT MARTURION CINEMAS

Director Craig Macnell is behind the scenes for this biography of the rogue Lizzie Borden [Chloë Sevign] a sinister woman responsible for one of the most mystic times in America’s grieving history.

Lizzie would team up with her housemaid, Bridget Sullivan [Kristen Stewart] who is of her spirit clan and together they’d rile up the town with utter chaos. Release date is September 14th, 2018.

A classic sci–fi action which tells the tale of five mercenaries hired to journey to an unknown planet to claim the coveted mineral known as Stardust which is going to restore the energy needed to resuscitate humans on Earth who are on the brink of a total wipe out in the year 2245.

But when the mercenaries’ spaceship comes crashing down, they are trapped on an alien planet and must now do battle with an astronomical creature they’ve never seen their whole lives. The movie stars Franziska Schissler, Khu , Alexander Kane, Jason Skeen, Alex Giuffreda and Carl Bailey. Grab a popcorn and sit tight for this one at the cinemas from September the 4th, 2018.

Do well to see all these movies at Marturion Cinemas especially for those of us in Lagos. Marturion have got mouthwatering offers open to everyone. With just N500, you get to see these movies this September. Hurry up guys, Maturion’s got you covered this month. Also visit marturioncinemas.com for more details. MARTURION cinemas is located at KM 3 LASU Isheri Road, Igando, Lagos. This is Danny world..

2 thoughts on “THIS BIGGEST MOVIES AT THE CINEMAS THIS SEPTEMBER!”