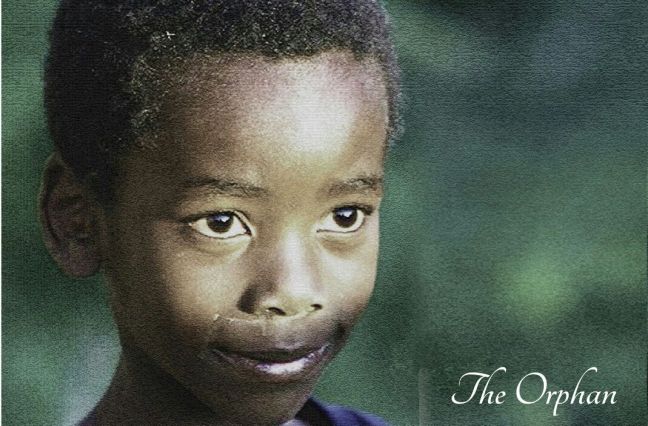 The next day, Bisi stormed into the class looking really upset that morning. She had thought all through the night about how to get Bayo out of detention. She had only one target on her mind. Deji. So she went straight to his seat.

“You lying bastard! How could you even live with yourself? How do you even sleep at night after committing such a despicable act?!” Bisi queried bitterly into his ears.

Deji seemed unperturbed by her rage as he stared at her wanly even as she bent over with her hand on his desk wearing a stern look.

“That’s what you get when you get in my way. I could have implicated you as well you know. Bayo got what he deserved. Now I can aim at the actual target…” Deji smirked.

“You’ll find out pretty soon. Bayo was just a distraction.” he replied.

“Call me whatever you want but everything is going according to plan.”

“Whatever sick plan you’ve got in that sick head of yours is never going to work. You hear me?! I’m gonna make sure of that. I could do bad things as well. I could hurt you too. So bad you won’t see it coming…” Bisi threatened.

“Whoa! I’m scared…Be careful little girl. You might just end up dead like the others.” Deji scoffed with a wink.

“How do you mean? Who are the others?” Bisi queried indignantly.

Deji was stuck for a moment there as he pondered on a quick response to give Bisi to avoid even more implicating questions. He knew mentioning they were others had walked him into a ditch.

Deji was certainly not convincing at this point.

“Dotun was the only person he killed. Now he’s saying I might end up dead like the others. No..No…No…It doesn’t add up. He’s certainly hiding something. Could he have killed others? Perhaps that could be the lead to freeing Bayo.” a voice said in her head.

“Hmm-mm…We’ll see how it all pans out. Watch your back Deji. I’m on your tail.” Bisi warned.

She had just gotten the answer she needed to save her friend. She knew Deji was hiding something.

“You’re just a girl. This only ends one way. I get to win as always.” Deji smirked.

“Soon, I’ll take that smirk off your face.” Bisi poked his chest and headed for her seat.

Deji was relieved he had escaped Bisi’s snare of questions. He sighed deeply.
“I almost got caught there…” he said.

Well at least that’s what he thought.

Bisi sat down with thoughts jambling through her head. She wondered what Deji could be hiding.

“Perhaps it’s time you stop with the secrets.” a voice said beside her. It was Eva’s.

Apparently, she had been angry with Bisi for a while now.

“I thought we were friends. You don’t let me in on stuffs anymore. I mean I don’t even know what’s going on any longer. If I didn’t know you better, I would have said you had a hand in Dotun’s death cause you never liked him either.” Eva lashed out.

“Sshh…calm down a bit. People might hear us. I swear I’ve always wanted to tell you but I just can’t risk it. It’s too dangerous. I don’t want you to get hurt. I wish I knew what was going on myself. I sure didn’t kill anyone but I know Bayo didn’t do it either.” Bisi said.

“Then why do you keep hiding stuff from me? For Christ sake, friends are always there for each other. I can’t even tell if we’re friends anymore. You’re either with Deji, Kola, Ayo or the orphan boy. You say it’s dangerous. Then why don’t you let someone protect you?” Eva queried.

Bisi knew Eva was pissed and wasn’t gonna stop until she gave her an answer that was soothing.

“That’s what I’m trying to do here Eva. Protect you. I should never have been involved in this from day one. But I want you to believe me. I want you to trust me to handle this. Okay?” Bisi queried placing her left hand on Eva’s shoulder.

“I don’t even know what to believe anymore…” Eva doubted.

“Oooh goodness. Here comes another pain in the a**.” Bisi muttered.

Their conversation had been caught short by their literature teacher. Bisi was still pissed by Mr Biodun’s hypocritical personality. No one could have pictured him as a pervert. Bisi noticed he wore the same outfit as he did the last time he tried to flirt with her in his offfice.

Apparently, they did not know the truth. Bisi said not even a word all along. She knew the class was only misguided.

“That should serve as a lesson to all of you. People get punished for doing bad things. Be good.” Mr Biodun adviced.

“Yeah right…some day you’ll get punished too.” a voice said in her head even as he stared at her.

“Now to the topic of today please. Students out with your text please.” Mr Biodun said as he turned his back on the students and begun to write on the whiteboard. The students complied to his instructions.

An hour later, he was about to take his leave.

“Have a nice day students.” he said. Bringing the class to an end.

“See me in my office.” he whispered into Bisi’s ears as he walked past her row outta the classroom.

Bisi was angered. She knew he wanted to continue from where he left off. So she conjured a plan.

“Look, I know you’re pissed and you have every right to be. But right now, you’ve gotta help me out with something. Maybe if you do this right, I may just let you in on my little secret.”

“Promise.” Bisi placed her right hand on her chest in form of an oat.

“What do you want?” Eva queried.

“Good…Mr Biodun just whispered to me to see him in his office.”

“Ehnn-nn…Go and see him na. What could be wrong with that? Ahh na wa o.” Eva was amazed. Apparently, she was naive.

Bisi knew she didn’t know how perversive Mr Biodun could be.

“What if I tell you the last time I went to his office he tried to get into my pants?” Bisi queried.

Eva was shocked as her mouth widened.

“…Come on Bisi. Mr Biodun is a very decent man. Everyone knows he’s disciplined and principled. He couldn’t do such.” Eva doubted.

“You’ve gotta trust me Eva. Mr Biodun is not who he claims to be. Okay, just do as I say now. You’ll see for yourself that I’m not making this up.” Bisi employed.

“Great. I’ll fill you in.” Bisi replied as she whispered the plan into her ears.

“…That’s how we catch him.” Bisi said after whispering the plan.

“…Alright. Let’s do this.” Eva complied.

“Come on let’s go.” Bisi said as they both headed out of the class.

“Come on in. The door’s open.” Mr Biodun replied from the inside.

Bisi made use of the doorknob and walked into the office.

“You summoned me sir.” Bisi said.

Mr Biodun scoffed. Apparently, he had another perversive thought jambling through his mind. Then he stood up from his seat.

Bisi noticed his belts were loosened as he stepped even closer to her. He slowly unbuttoned from his fitted blue sleeve. Then he walked to the door attempting to bolt the door.

“That won’t be necessary sir. I made sure no one was following. I came alone.” Bisi hinted.

Bisi slowly unbuttoned the first button on her white uniform sleeve. She smiled knowing he was falling into her web. Then he grabbed her closer to his huge arms slowly caressing. Bisi let her guard down a bit even though she never liked the idea placing her hands on his chest attempting to take off his sleeve.

At this point, Mr Biodun was certainly aroused. He swiftly took off his belts, black shoes and his black pants and flung them all around his office. He slowly laid her back on his desk and threw himself on her.

“Oh goodness! Where are you Eva?” a voiced said in Bisi’s head. She kept playing along even as he kept kissing her shoulders.

Suddenly, the door opened widely. Eva and principal Peterson walked into the scene.

Mr Biodun was in shock as he quickly jumped off his desk. He had been caught red handed. Bisi quickly rushed to the side of Eva. Principal Peterson stared at Mr Biodun in disgust.

“What took you so long?” Bisi whispered.

“It was an uphill task convincing him to follow me here.” Eva replied in the same manner as they both watched the principal scold their literature teacher.

At this point, Mr Biodun couldn’t lift his head up.

“You disappointed me Mr Biodun. I never imagined you would commit such a heinous act. Sexually harassing a minor? This is despicable!” principal Peterson hollered in rage.

Mr Biodun seemed really ashamed at this point as he kept quivering in his underwear with his hands crossed against each other on his penis and his face to the ground.

“You’re fired! Unpack your things. Your services are no longer needed here at Preston High. You’re a disgrace to yourself and humanity. Evacuate the premises in ten minutes.” principal Peterson ordered loudly.

The girls stared at each other nodding to their accomplishment. The plan was a success. Mr Biodun had been taken out of the picture.

Watch out for the next episode of “The Orphan” next tuesday only on Danny world.

One thought on “THE ORPHAN (EPISODE 15)”